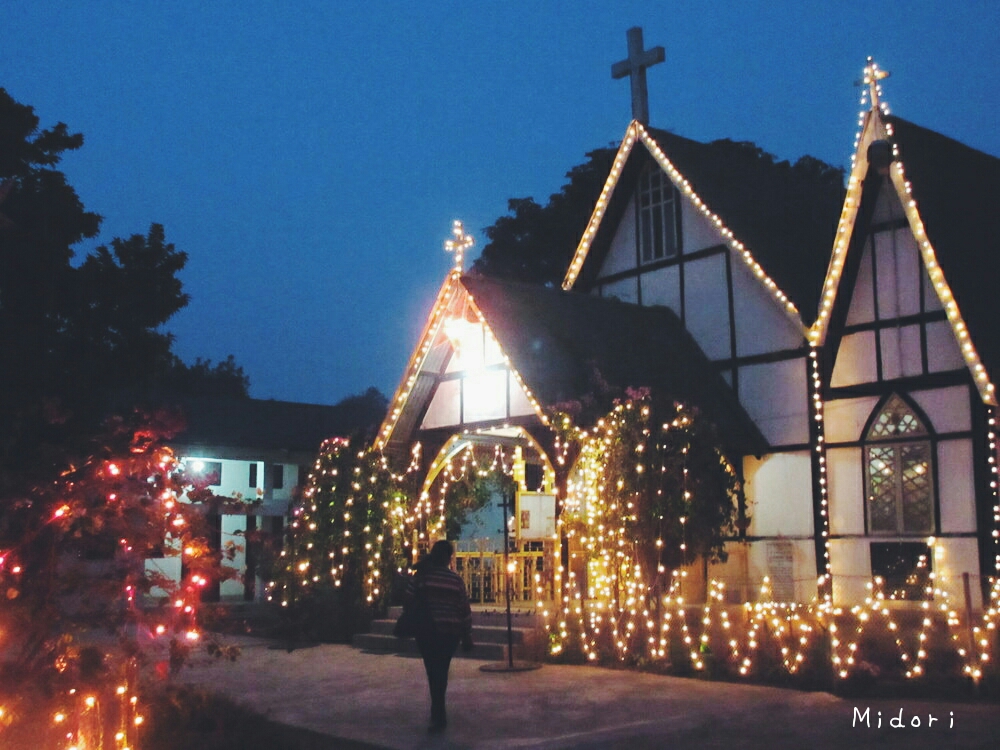 Just some photos and some words. I hope you enjoy. 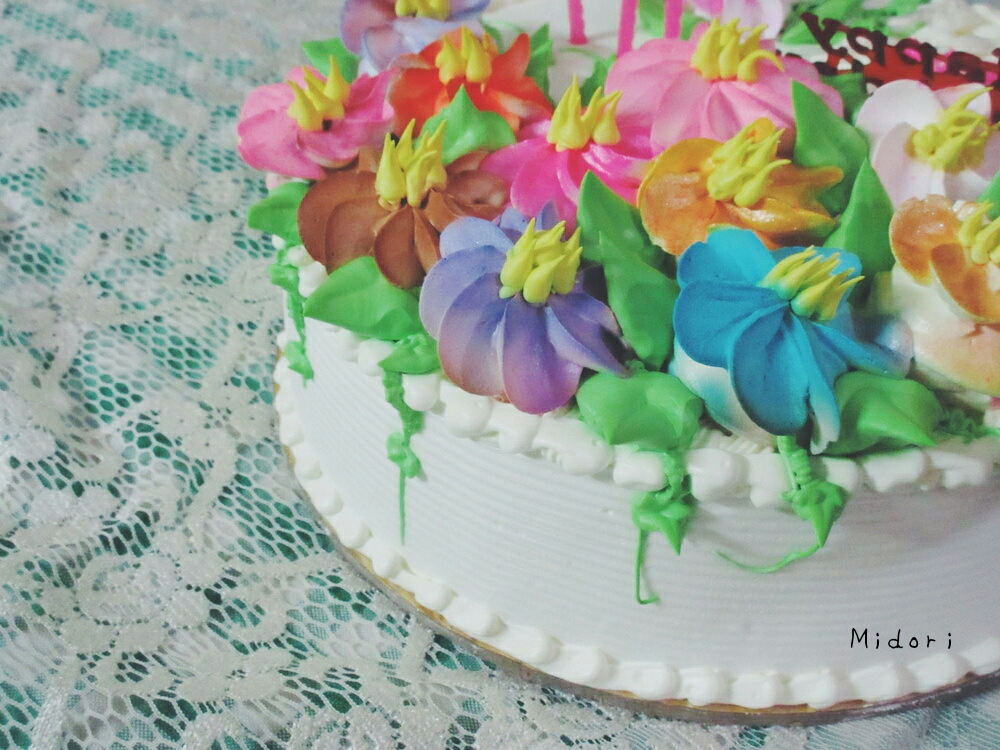 Birthday Blues – I loved the way this cake looked and tasted. It takes so much time and effort to bake and decorate a cake. A good cake is always appreciated. However, on another occasion, I was sold a stale and sour cake… So much for the best bakery “chain” in town. I think I’ll stick to the quainter and quieter bakeries. 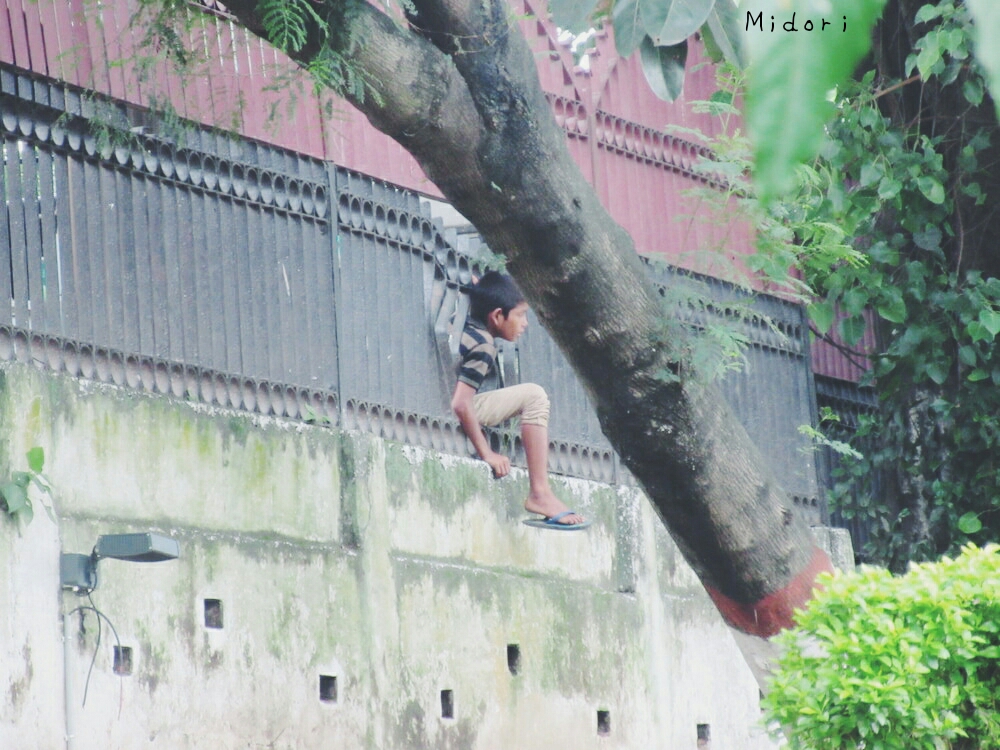 Mini Daredevil – So, this little guy snuck into a park where the girlfriend and I were hanging out. Applaud him for his bravery and cheekiness all you want. But, I wish little boys like these went to school to instead. 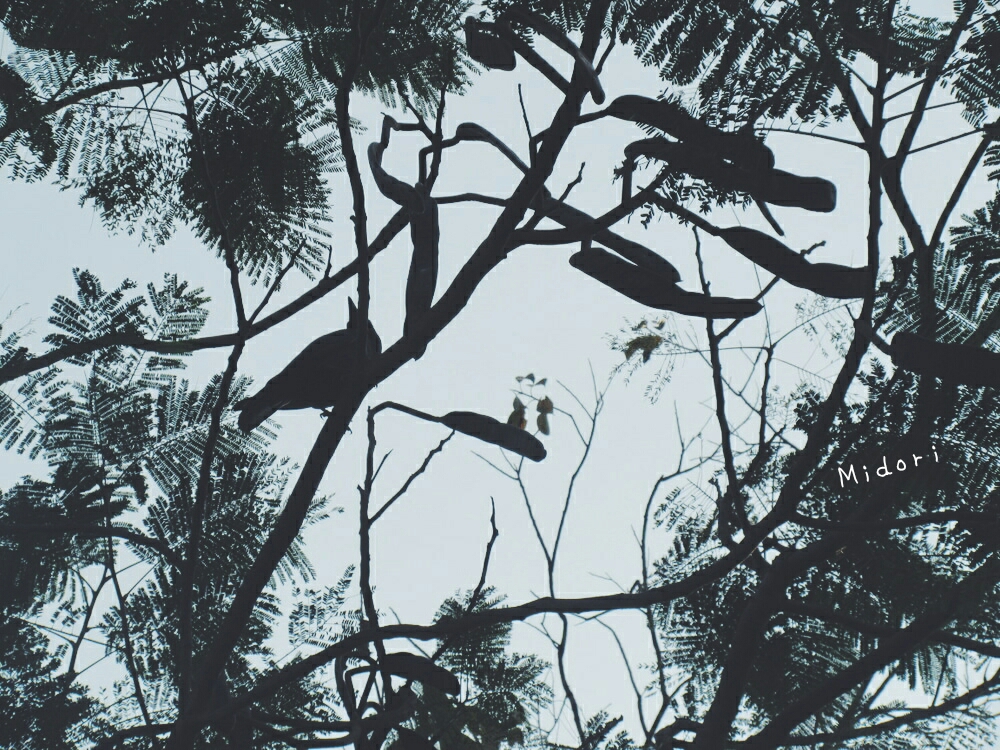 Shadow Play – Can you find the bird in this silhouette? I think crows are fascinating birds. 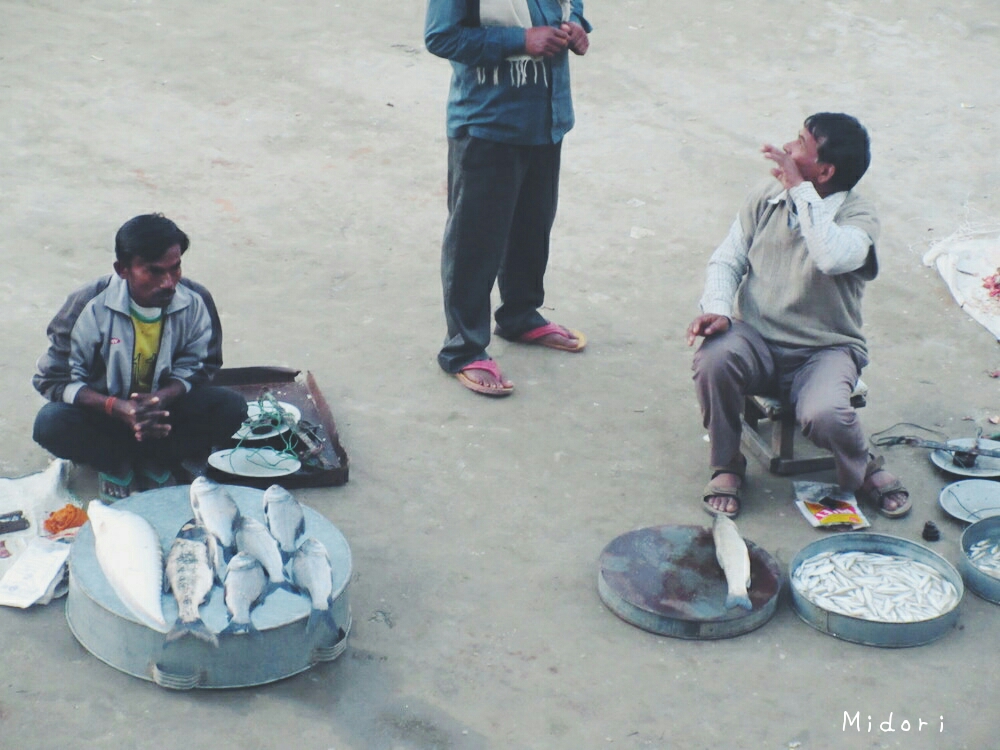 Fishy story – So we have here a couple of men on a random weekday selling fish. I do like fish but I don’t obsess over them like my parents or my relatives do. I mean, it’s just a fish. 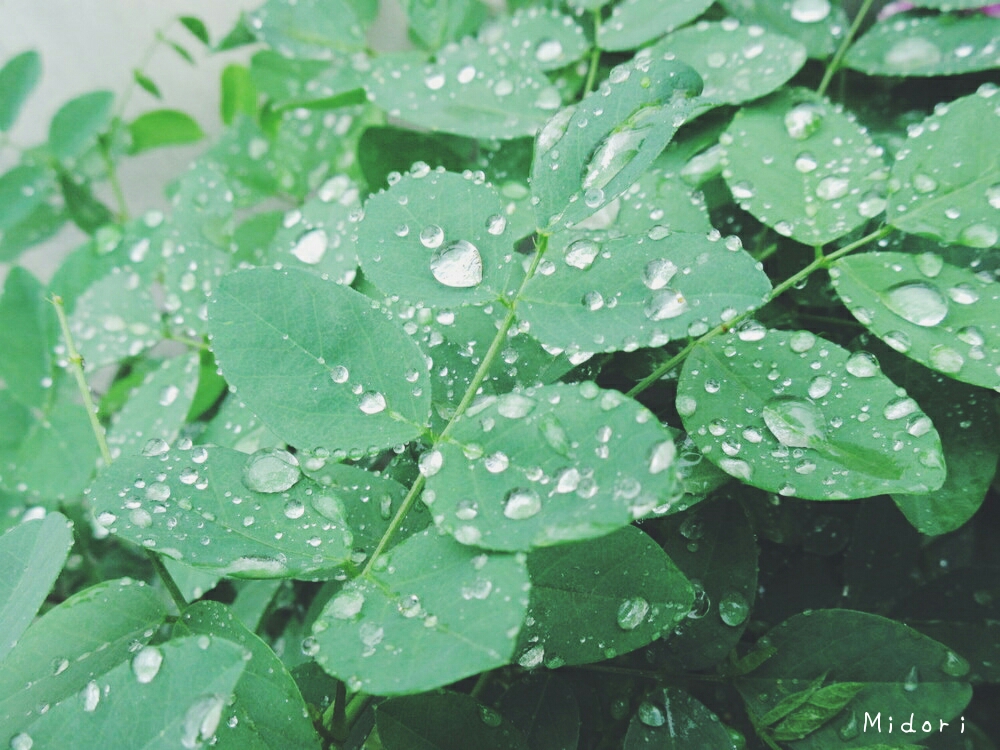 Raindrops on leaves – Rainy days and Saturdays are my favourites. I think this photo came out particularly well. I love photos like these, where different hues of green take over to make the overall impact fresher and more vibrant. Tell me I’m not the only one. 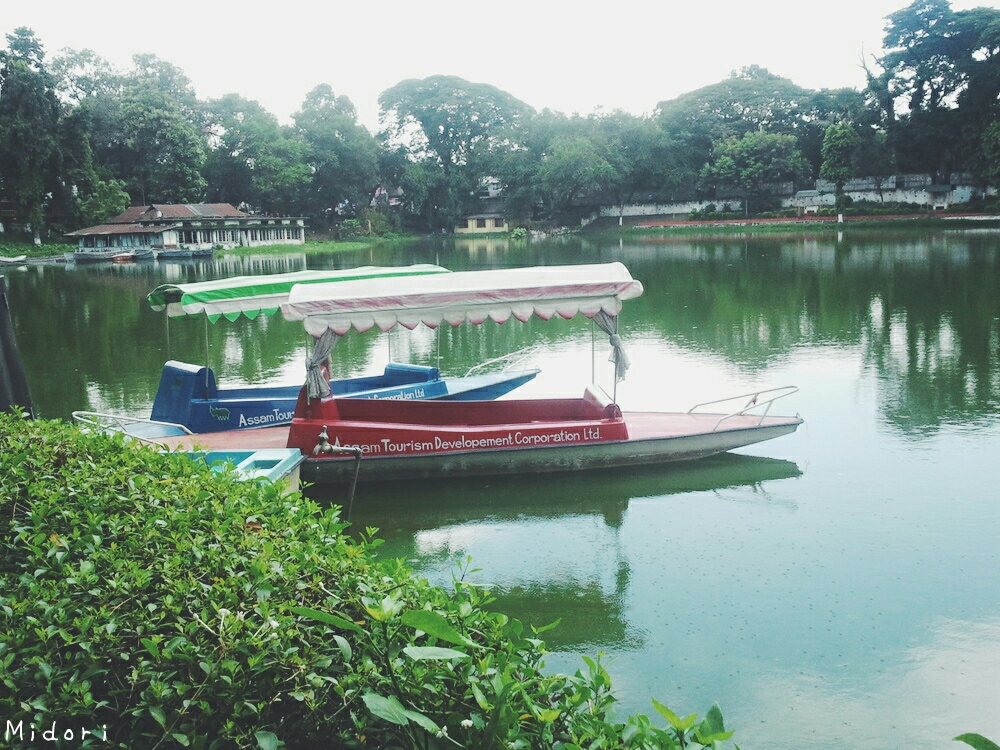 Re-birth – This is the only photo I have of the Dighalipukhuri Park, with the houses “floating” on the water. The houses were recently demolished to construct a stage. The park itself is getting a makeover of sorts – now, instead of being known as a park, it’ll be known as a war memorial. The aircraft and tank have already been stationed inside. Perhaps I’ll take a picture of them in the future. 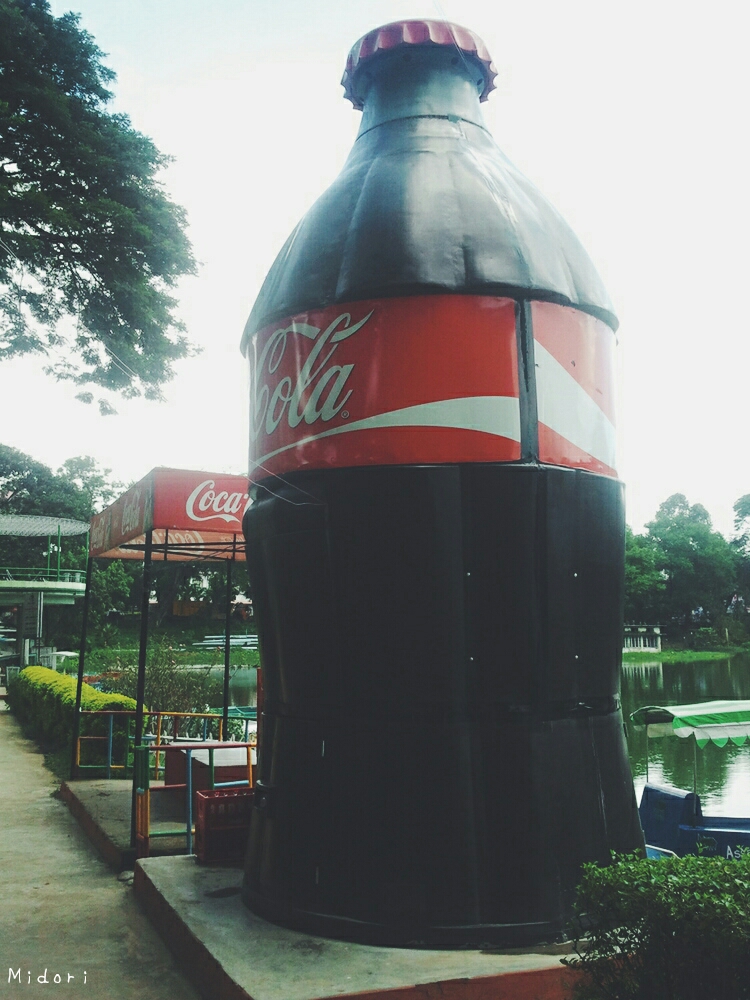 Re-birth II – The huge bottle of Coco Cola was also inside the Dighalipukhuri Park. Again, it is no longer there. It bums me out that they removed the few unique features inside. I don’t know where exactly they are going with the War Memorial bit, but I hope everything works out well in the end. 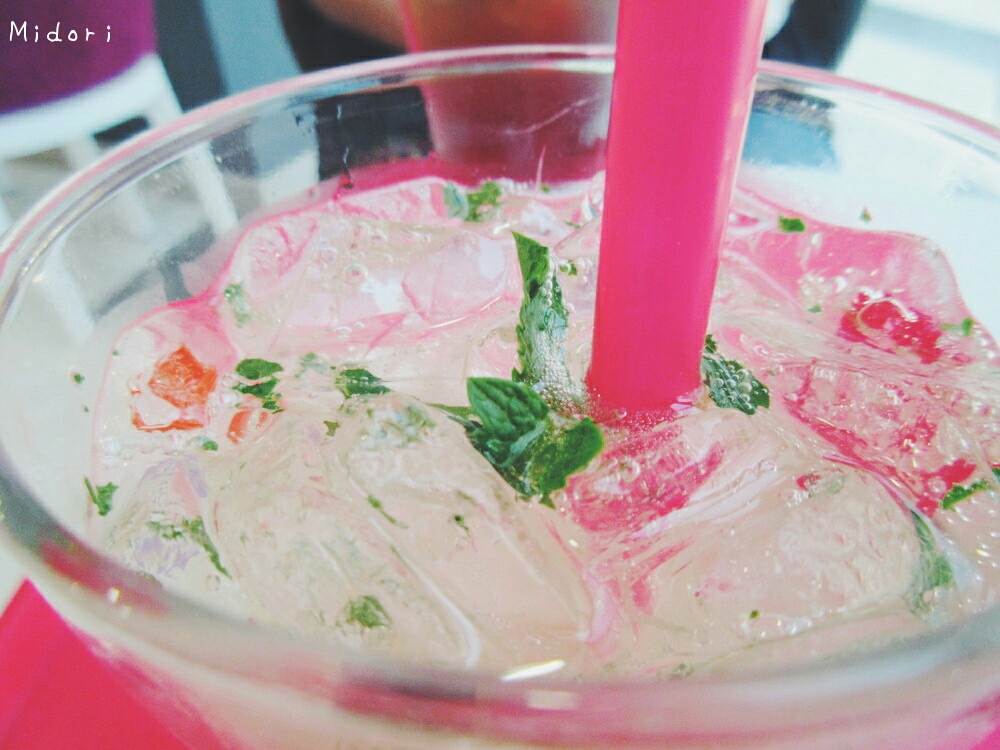 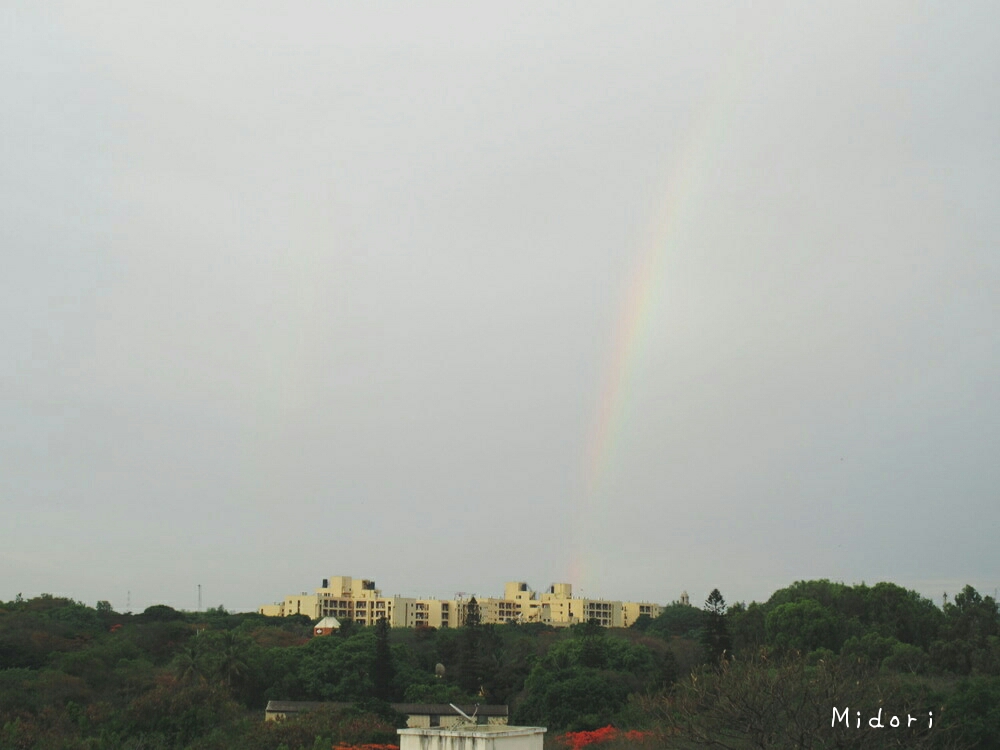 Squint your eyes – If you look closely, you’ll be able to see the rainbow. Hahahaha. I didn’t zoom in enough. Next time, for sure. 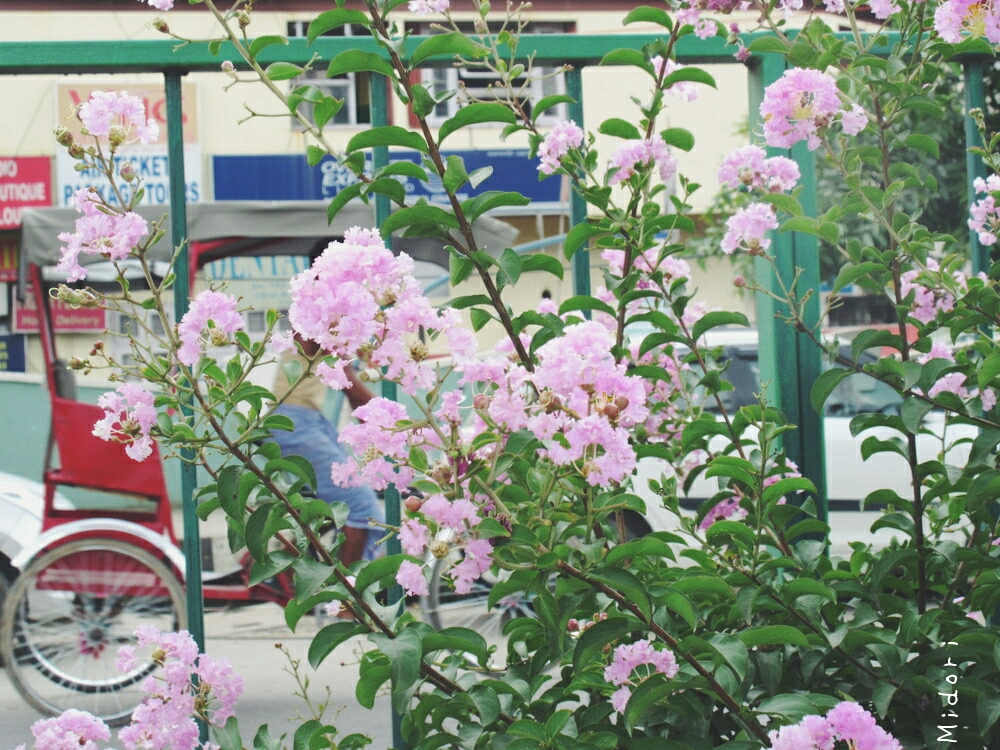 The Middle – I don’t know what these flowers are called but they were blooming in all their glory in the middle of the road. A very busy road, might I add. Just goes to show, no matter the amount of dirt or smoke, you must allow yourself to bloom. () 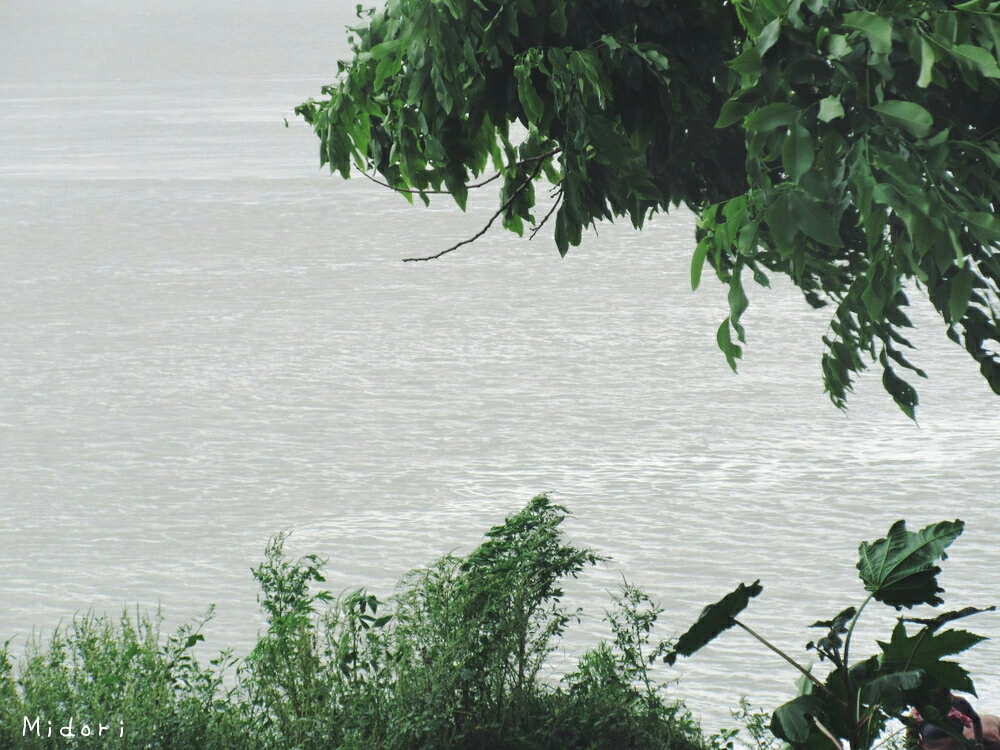 The Male River – White waters of the Brahmaputra. The mighty Brahmaputra is one confusing river. Depending on the time of the day, you’ll be able to see it flowing in different hues of blues and whites. Here we have a photo where the river water looks pristine white. It was early morning, and on a rainy day, when I took this photo. 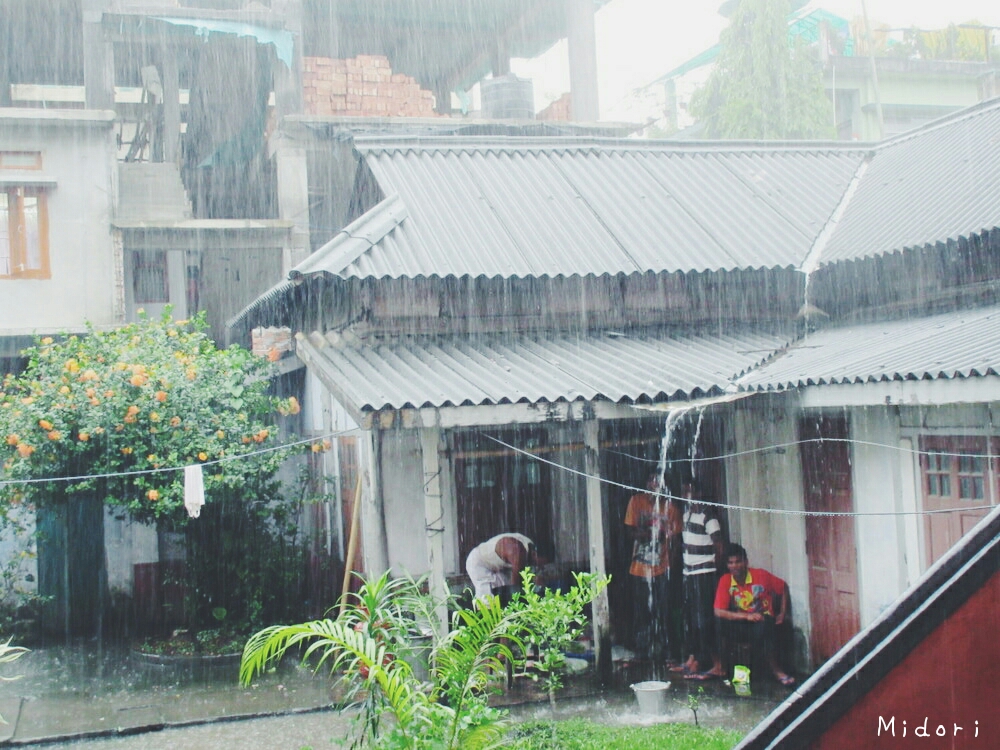 Childhood – Remnants of what’s left of my maternal grandparents’ home. I feel like you get the gist – it rains a lot here, where I live. The rain is often balanced with bright and sunny days. It’s the best of both worlds. 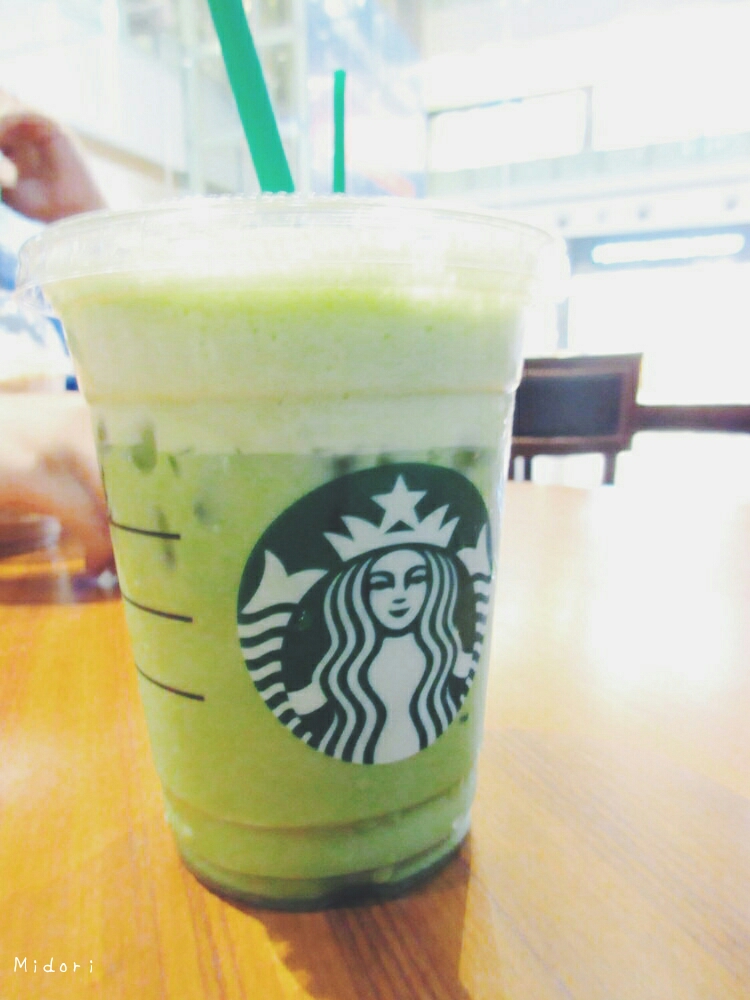 Acquired Taste – Ah, matcha latte. I remember the first time I drank this. I was simultaneously repulsed and intrigued. My sisters dismissed matcha as “plain weird” but I refused to stop believing in it. Look at me now – matcha is one of my favourite flavours. Matcha in anything is great. (I can hear Hani gagging behind my back as I type this) 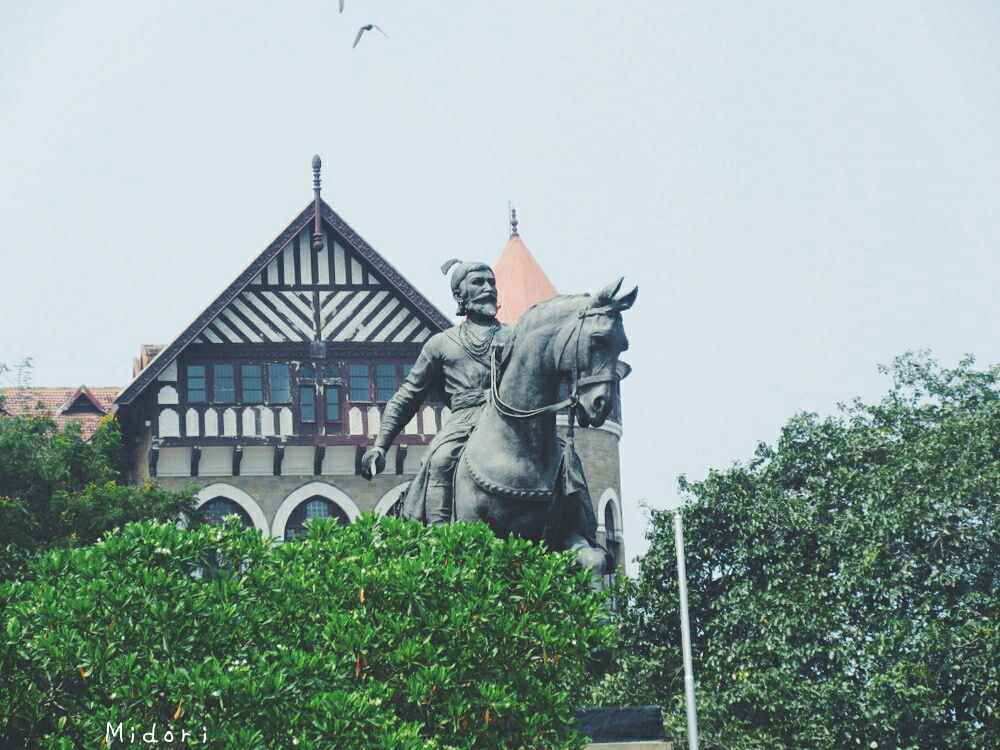 The Warrior – This statue of Shivaji is on the opposite side of the Gateway of India, Mumbai. A statue with a rider and a horse is called an Equestrian Statue. The way a soldier’s horse is portrayed in an equestrian statue indicates how the soldier died is simply a myth constructed by tour guides. 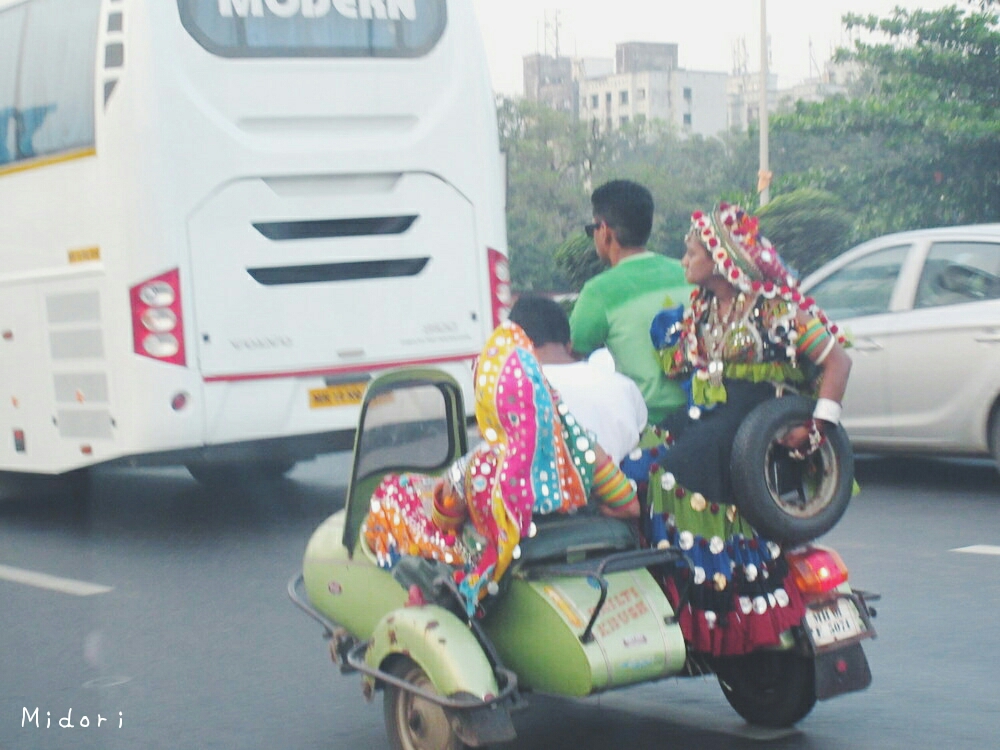 Colours – This is such a random and colourful photo. I wish my camera/hands weren’t shaking so that I could get a clearer shot. Wherever they were headed, I hope they had fun. 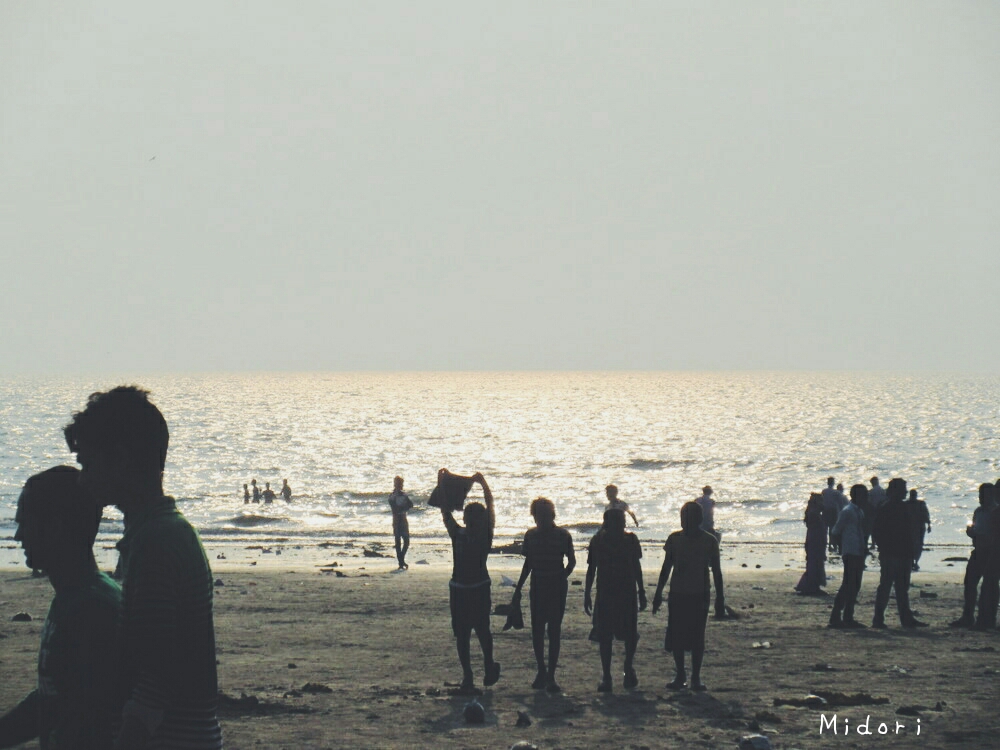 More of Mumbai – This was at Juhu Beach. I really, really like this photo. So many people in a single photo and yet, you and I don’t know a single thing about any of them.

Sparkle Fest – My mother’s favourite when it comes to Diwali, the festival of lights – she only likes sparklers. We call them ‘phooljaris’ here. I’m not one to throw crackers at the neighbour’s front yard either, to be honest. In fact, I’m a chicken too. 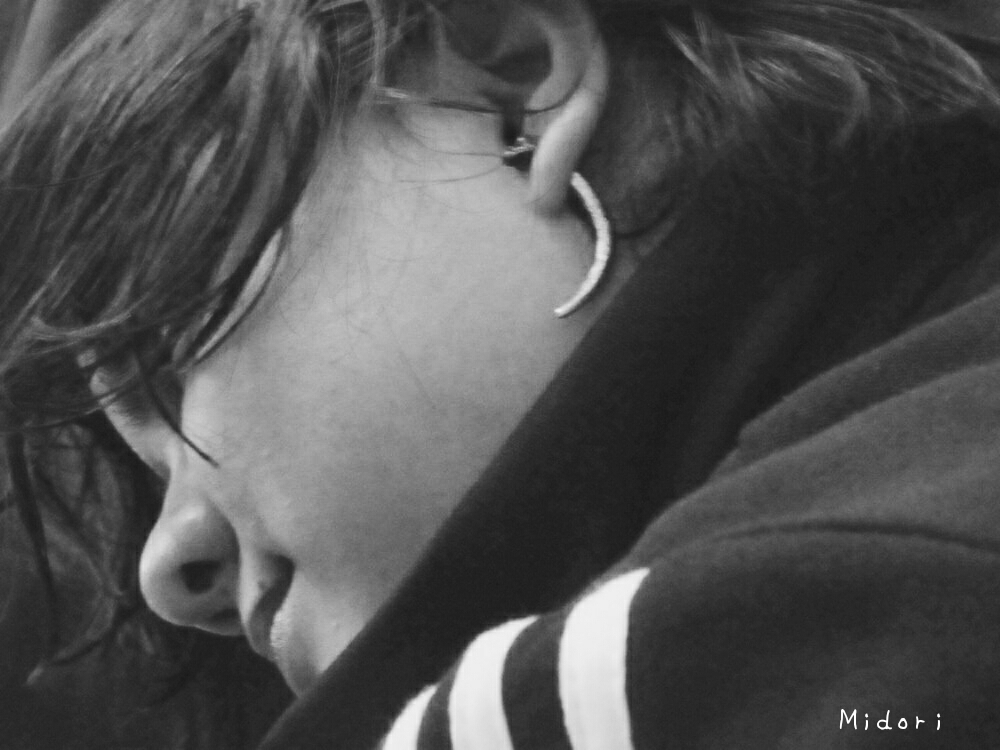 Does this earring qualify as an ear jacket? – I saw SHINee’s Jonghyun wearing one of these in their song, ‘Everybody’ a couple of years ago (it was somewhat similar). I think he started this trend among the boy groups. Of course I had to follow suit – he’s Kim Jonghyun. 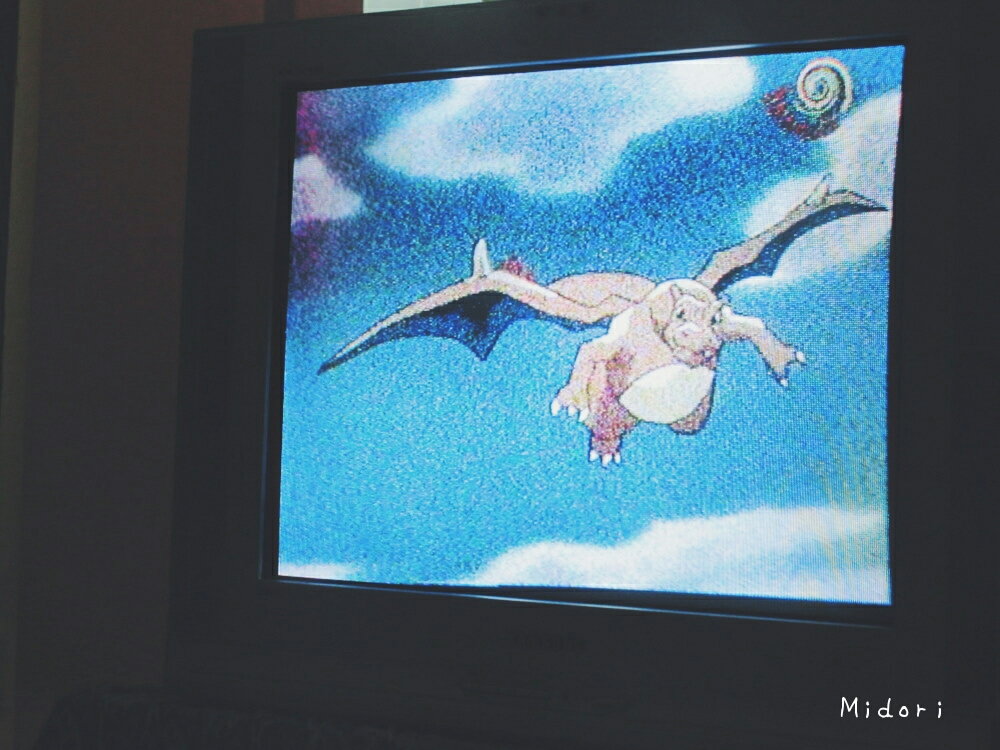 Hello Charizard – the Hindi dub was so disappointing. And they surprisingly edited out a lot of things from the English dub. Forget the Japanese dub, they felt the need to edit footage from the already-edited English dub. To celebrate 20 years of Pokémon (it turned 20 on 27/2/2016 ^^) in my own little way, I’m re-watching the entire original series on my laptop. 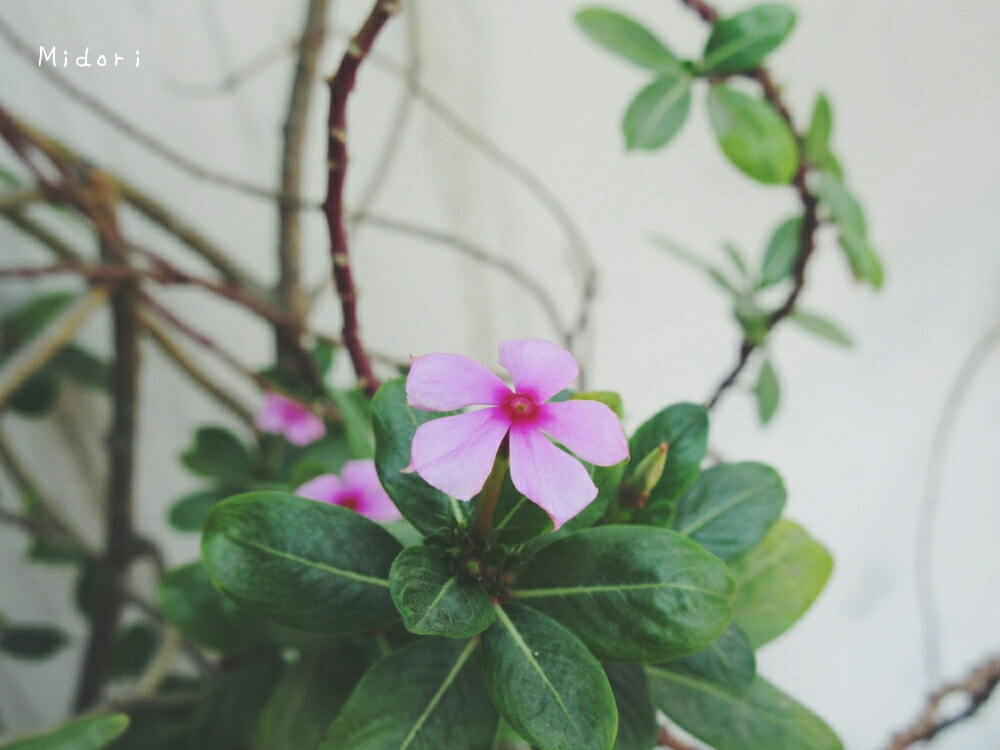 It’s a Periwinkle – I asked a lot (A LOT) of people if they could name this common flower. Most couldn’t, a few used its local name. It’s called periwinkle. I was confused too. I always pictured periwinkle flowers to be a shade of pale blue. But the flower normally has white or pink petals. You learn something new everyday, right? Its local name is Nayantara. 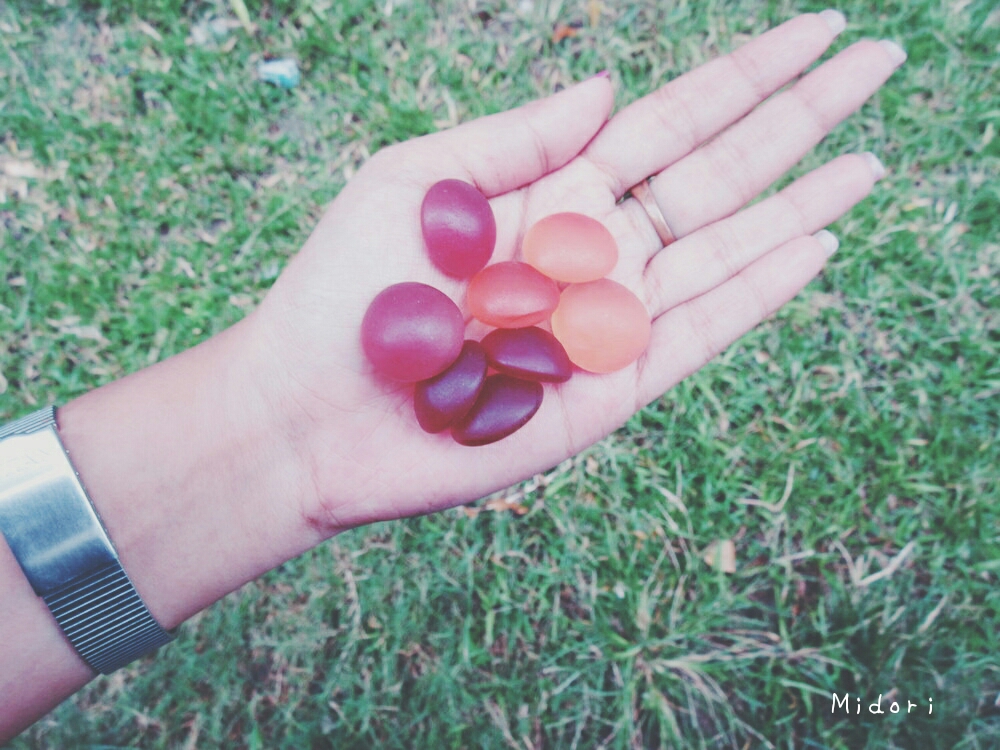 Pokémon Gummies – I bought Pokémon gummies from a Japanese site a while ago. The only Pokémon thing about the entire ordeal was that there was a photo of our friendly neighbourhood Pikachu on the pack. There were three different flavours, I think – peach, grape and pineapple. And the Japanese instructions said that you’d get different flavours if you mixed two gummies together. Psssh, who were they trying to fool? At least, I think that’s what they said – my Japanese is elementary-school-kid-level. They were fun gummies but… I won’t buy them a second time (unless there’s a Vaporeon or a Lapras on the pack). Also, the girlfriend is the hand model here. 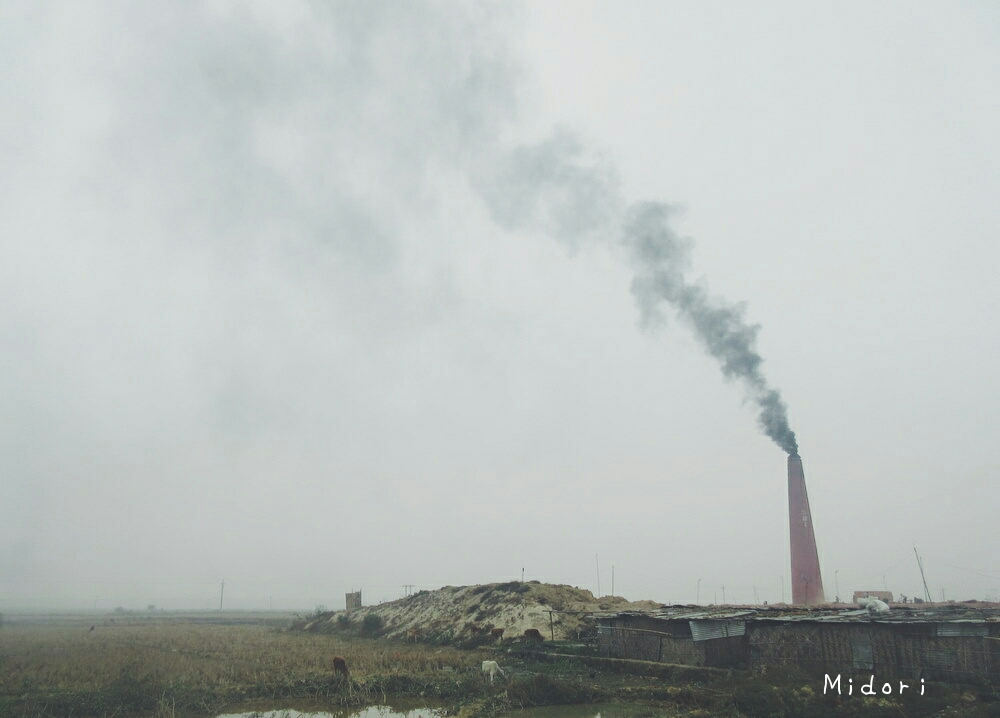 Pollution Solution – We have a compulsory paper on Environmental Studies and thrice a semester, we write about how we must protect the environment. We talk the talk, but we don’t walk the walk, do we? Tell you what, start from not littering. Keep your environment clean. It’s a small task but it will make a huge difference.

Darkness in my eyes, lights up in the sky – This was on the last day of 2015. This quiet little church is a two minute walk away from our college. 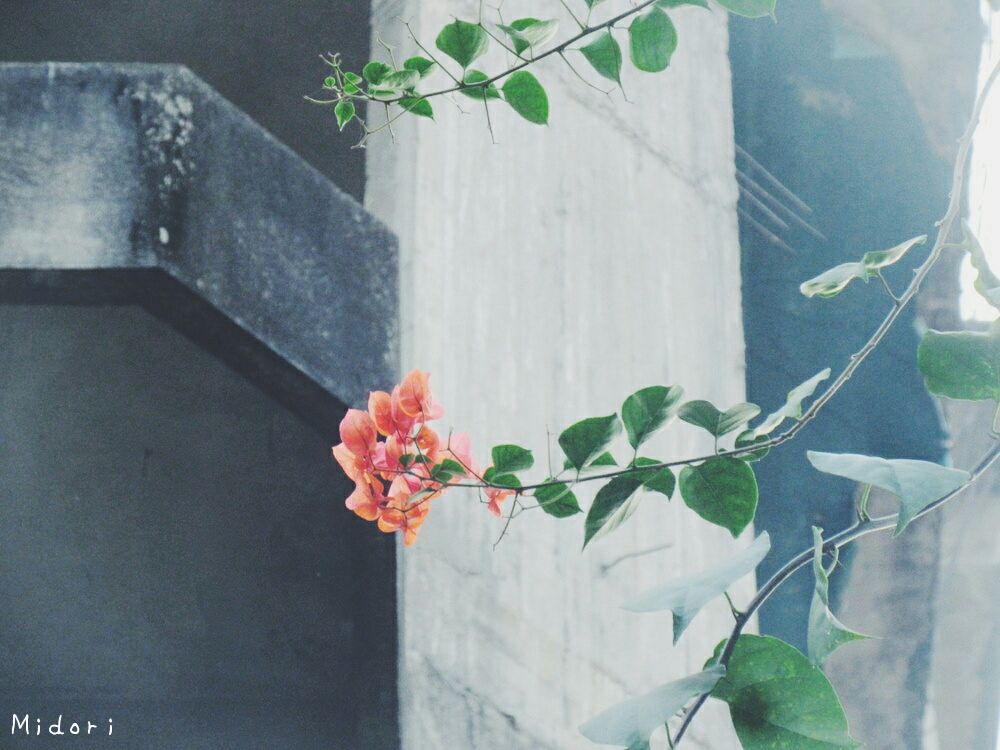 Concrete Flower – Spring is finally here. Are you excited?

I just wanted to try out this kind of post. There’s not much else to it. I think, next time around, I’ll include photos from last year’s Durga Puja.

Until next time, take care.