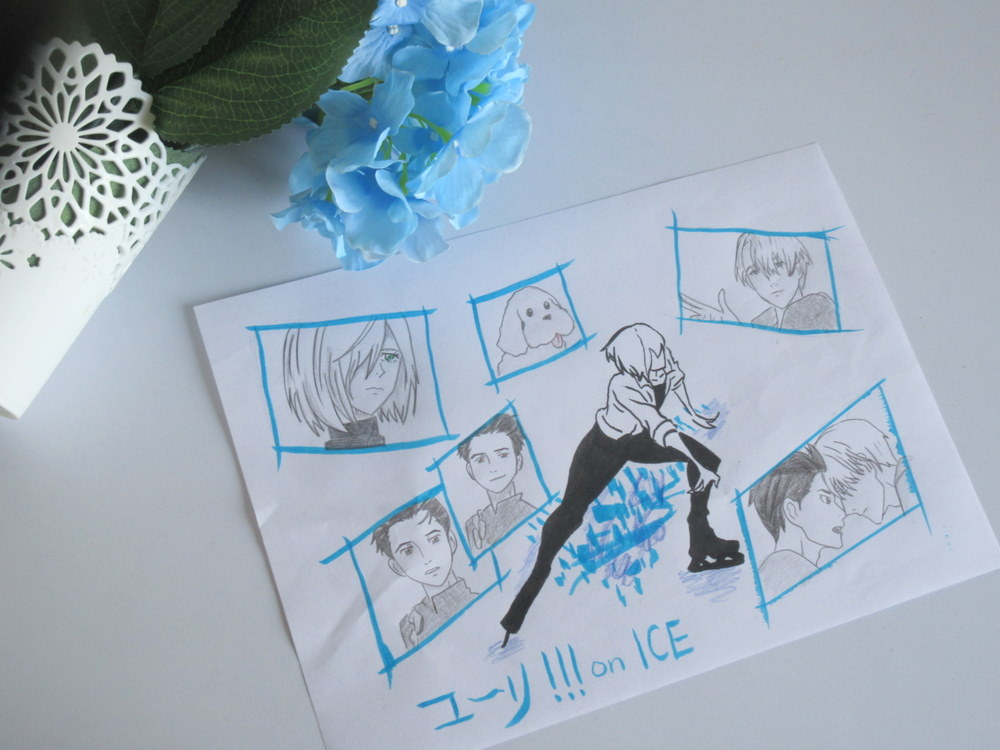 Out of all the different anime I’ve watched this season, ‘Yuri!!! On Ice’ is one of my favourites and stands out from its anime-peers like a sore thumb. I want to do more anime/manga related posts but I’ve been ridiculously busy to stick to my regular blogging schedule. Anyway, let’s start!~

This post had been in the drafts section for a really long time. I decided not to publish it but here we are, today… I’ve changed my mind and have decided to post it anyway.

If you still haven’t gotten around to watching ‘Yuri!!! On Ice’, I highy recommend that you stop second-guessing and just watch it. It’s not your run-of-the-mill sports anime.

Those of you who have watched it already know what makes this anime so different and so beautiful.

Unlike other times, I’m not going to delve into the plot or characters of this anime. I feel like I should just let it be. It’s a beautiful anime. The fantastic storyboard, likeable characters and stunning music are the reasons why this anime has become so popular.

I bet you can tell who my favourite character is from the sketch I drew while watching the anime. Yes, it is indeed fellow feline creature lover, Yuri Plisetsky (known fondly as Yurio).

Anyway, that’s it for this post. Like I mentioned before, I really want to do more posts on anime and manga. I don’t want to slack off in 2017 although that’s exactly what I’ve been doing anyway. I promise I’ll straighten my mind from February.